Many thanks to the West Yorkshire Freemasons, who were very generous in their donation of almost £4,300 towards the Soup Run’s cooking and food preparation facilities. This is an article originally published on their Facebook page: 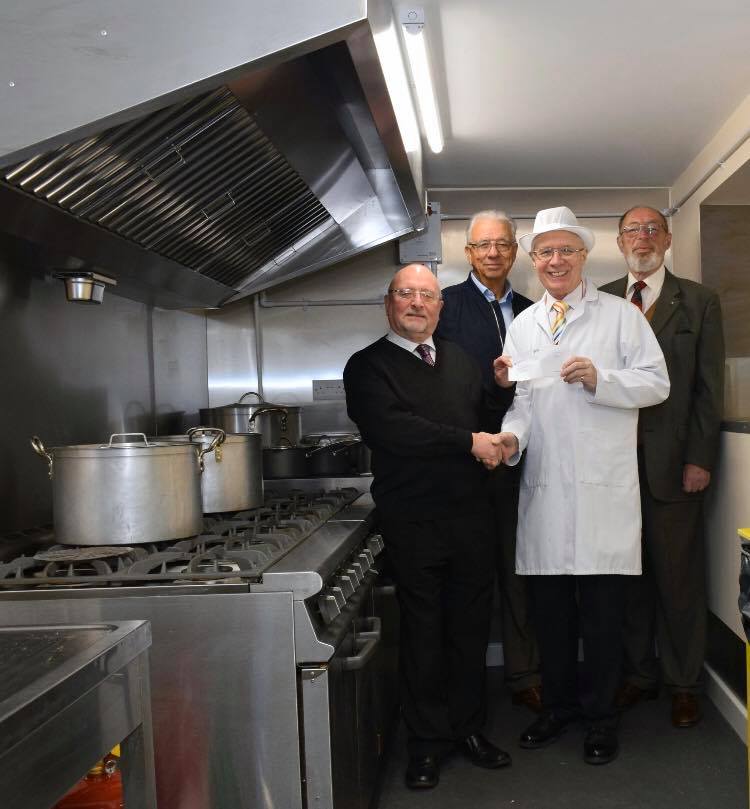 “Set up by John Tempest some 35 years ago it has steadily grown in terms of the numbers it serves but lacking central cooking facilities (the meals were cooked off-site and transported) it was threatened by its own success.

There was a clearly identified need for catering equipment i.e. a large range cooker and fridge freezer but the cost of over £4,300 was way beyond their reach. James Shallcross of the Lodge of Amity No 4148, Baildon learning of the problem and with the full backing of the Lodge submitted an application to the Provincial Grand Master’s Minor Grants Fund. The response was a very generous donation of £3,500 which covered the full cost of the range but not the fridge/freezer.

To help reach the overall target, James approached other Masonic bodies, Connaught Chapter and St Paul’s Preceptory who between them donated the balance of £879 and so enabled the project to go ahead.

The equipment is now fully installed, securing the Soup Run’s future and enabling the Charity to provide upwards of a 100 meals per session. The Worshipful Master of the Lodge of Amity No 4148 together with their Charity Steward Anthony Donoghue and James Shallcross are seen presenting the final tranche to the Founder of the charity, John Tempest.”